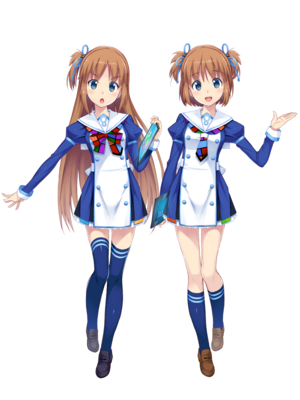 Their first formal mention was in an Akiba-PC article[2] from October 11 2012, announcing the Windows 8 Pro DSP Release Commemorative Packs by Windows Navi+ featuring the sisters, that came with some copies of Windows 8 during its launch in Japan in 2012. However, the Yū's silhouette already appears in a video[3] from April 25 2012 that features Claudia Madobe.