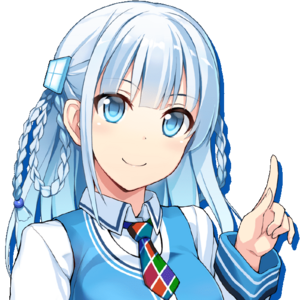 She was first announced on May 26 2015[1][2][3] by Windows Navi+ as an unnamed mascot for Windows 10, with a contest where participants could choose her name, starting from June 19 2015. The announcement included her first official art and a bio.

On August 1 2015, her name was revealed to be "Tōko Madobe"[4][5]. It was first mistakenly announced as "窓辺とうこ" before being corrected to "窓辺とおこ" (both can be transcripted as Madobe Tōko).

Nice to meet you, I'm a 17-year-old member of the Madobe Family from 100 years in the future. With the announcement of Windows 10, I'm interested in the year 2015, which is a technological turning point, and I have come to this era! I would like to help you further improve your technology literacy.